­There is always a risk with surgical procedures and invasive interventions. The results occasionally do not match people’s expectations.  Also, with plastic surgery there is a recovery period and often significant pain.

“You look younger rather than simply ‘frozen’ as with Botox”

“Madonna is said to have told a friend she is giving up Botox and fillers because she doesn’t want to look like a freak.”

Botox switches off muscle activity and wrinkles are temporarily smoothed out. However, an unused muscle becomes a lazy muscle which ultimately leads to decreased muscle tone, and in the long term, sagging.

Curse of the Cat Face

Stars such as Priscilla Presley, Caprice Bourret and Carla Bruni have been sporting facial features suggesting that their cheeks have been pumped with so much filler that they begin to look unnaturally plump.

“If too much filler is put in, the enlarged cheek presses against the eye making it look smaller and slanted. If Botox is also being used to eliminate lines, it can cause the centre of the brows to drop, hence the smooth artificial cat- like shape is further emphasised.”

Could Botox jabs even spread into the brain?

The anti-wrinkle treatment Botox can spread from the face to the brain, researchers have said … Botox – based on a natural poison – is used by millions of women every year in the quest for smoother skin. Tiny amounts of the drug are used for beauty treatment but it is made from botulinum toxin – one of the worlds deadliest natural poisons … Findings published in the latest issue of the Journal of Neuroscience, suggest some worrying results. According to the Journal, scientists who injected rats with the toxin said they observed traces of it in the rodents’ brain stems three days later.

The study’s author, Matteo Caleo ,of the Italian National Research Council’s Institute of Neurosciences in Pisa, said the toxin also moved from one hippocampus in the brain, which controls long term memory and spatial navigation, to the hippocampus on the other side of the rat’s brain and he claimed the toxin was still present six months later.

Botox was approved for commercial use in 1989 and boasted more than 600 million in world wide sales last year. It is derived from a toxin produced by the bacteria Clostridium botulinum – the same naturally occurring toxin that causes botulism, a life threatening food poisoning.

The U.S Food and Drug Administration is already investigating whether patients have contracted botulism from Botox.

Cosmetic injections the ‘next disaster’

There are 160 injectable fillers certified for sale in the UK that can be bought by anyone, leaving patients at risk of poor quality products and procedures.

But concerns over regulation are spreading to the most common cosmetic treatments – dermal filler injections designed to smooth wrinkles and fill out cheeks and lips.

… The market is largely unregulated, and no medical training is required to inject them … while hundreds of beauty therapists carry out the procedure after a few hours training.

“Unless we get this sorted, dermal fillers will be the next disaster” says Saller Taylor, director of Independent Health Advisory Services.

Botox is classified as a medicine which must be prescribed by a doctor, although it does not have to be injected by a doctor.

Fazel Fatah, president of the British Association of Aesthetic Plastic Surgeons (BAAPS) says “This is a multi-billion pound industry and it is an area that is totally unregulated, done by everyone from beauty therapists to specialist surgeons.”

Mr Fatah said that fillers should be classified as medicines and rules must be tightened so that only qualified surgeons are allowed to perfom cosmetic procedures. “…there isn’t the same regulation and testing. That’s an issue of huge concern. A lot are performed on the high street by people with no knowledge of anatomy at all. These are things that can change the way people look … [the] NHS ends up picking up the pieces” 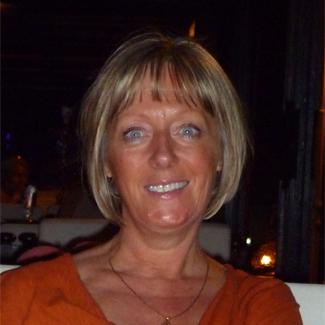 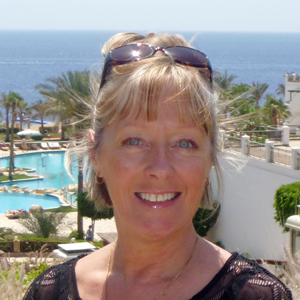 Facial acupuncture is fabulous, I love the “feel good” factor, my skin feels amazing after the treatment, it glows and the compliments I have had since starting the treatment with Joan are just wonderful. Fabulous treatment, 100% works for me and I have recommended it (the treatment) and Joan to all my friends.
Client H. 2013.

A 1996 report in the journal reported that amongst 300 cases treated with Cosmetic Acupuncture, 98% had marked effects after one course of treatment. The effects included:

"I've had lots of compliments about my looks - people ask me what's my secret."
MO, Didsbury.

"Whatever the theory, you can't argue with the results, the years melt away."
Bella Freud, Stella Magazine.

"I liked the glow that followed the treatment - my skin looked wonderful."
MK, Middleton.

"Facial acupuncture gives a face the kind of renaissance that can never be attained with a knife or injection."
Kate Chapland, Sunday Telegraph.

"The lines on my forehead are noticeably reduced, my skin has a good even colour and is much smoother."
Chrissie Painell, Marie-Claire Magazine.